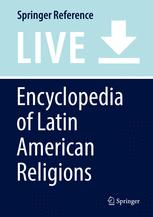 The link between New Age spirituality and neoliberal discourses and practices can be best described by the Weberian concept of elective affinities. Firstly, both phenomena share a focus on the individual, who is thought to be responsible for his/her own destiny in all realms of everyday life. In addition they share the defense of autonomy and the promotion of entrepreneurship as means of achieving personal success both in economic and religious life.